Along with colleagues Bruce Walton and George Ursachi, I have just returned from the 6th International Traffic Safety Data and Analysis Group (IRTAD) conference in Marrakech, Morocco. Many road safety professionals in the UK will not be aware of the groups, as I wasn’t, but it is effectively the global organisation for road safety analysts. IRTAD originated from a project to create an international database to compare data on road crashes in 1988 and has now become a permanent working group on road safety under the auspices the International Transport Forum which is a semi-autonomous branch of the OECD.

UK members include the DfT (of course) as well as TRL and there are over 70 members from around 40 countries. Much of their work is focussed on the quality and comparability of data relating to injuries and also exposure (such as vehicle kilometres travelled). So although the focus is a little ‘dull’ it is essential that countries around the world have standards that they can use to compare performance. National and regional ‘Observatories’ are encouraged to review progress and evaluate the effect of measures such as changes in legislation and the implementation of national programmes.

So, that’s the organisation put into context, what about the conference itself? Well it only takes place every four years, although members meet privately every year, so it’s a bit of a big deal with senior politicians attending and signing joint declarations. You couldn’t move for video cameras and photographers and the Moroccans seemed to be very proud to be hosting the event. 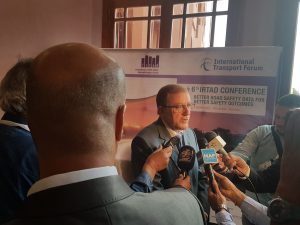 As usual with many of these events there is a focus on policy goals and international partnerships in the opening sessions followed by more technical presentations later and on day two. I found the event to be very interesting (as a tragic data geek) but as someone who is also involved in policy decisions and large-scale evaluations it was interesting to see how other’s sometime struggle to relate outcomes to the intervention!

Here are the five key themes I took from the event:

We had a succession of charts from various presenters showing how fatal or serious casualty trends were changing; either increasing, reducing or staying the same. Rarely did anyone test for confidence intervals in annual results (credit to the Netherlands and the DfT for doing this), which led to unclear speculation about why this may be the case. Some thought it could be reporting changes, others blamed weather, increased in car traffic, levels of compliance etc.

For me this highlights the problem of looking at a trend line with the naked eye and interpreting visual changes without considering the size of the numerator (casualties) and often not introducing a relevant denominator (exposure). I think there needs to be more clear guidance and standardisation where the data allows for a consistent approach. This leads nicely to…

There has been significant effort within IRTAD to standardise definitions but it’s only really on fatalities where there is consistency (a casualty must die within 30 days of the collision). Agreement on ‘serious’ casualties is one we are struggling with in the UK so it’s not a great surprise to hear that it differs widely around the world. We are trying to standardise to the ‘MAIS3+’ standard across Europe and this is something IRTAD would like to see elsewhere.

This may seem an ambitious goal given the chronic level of under-reporting and lack of basic geographical coordinates in many countries. You may be surprised to hear that leading European countries often struggle to achieve accurate collisions locations in more than about 60% of cases.

Given all of these issues it’s actually quite comforting that we have a ‘gold standard’ system in STATS19, which, despite its flaws, is on another level to the systems used elsewhere. Analysts across the globe would love to have our data quality and level of reporting – something I will try to remember when having a bit of a moan about reliability of CF data!

A quick point this one, and I may have missed a presentation or two from parallel sessions but I couldn’t find any evidence of other countries who actively analyse the relationship between collision location and home location. I’m sure it does happen but differences in the granularity of postcode data and privacy concerns means that quite often, no information about the people injured (other than basic demographics) is used. 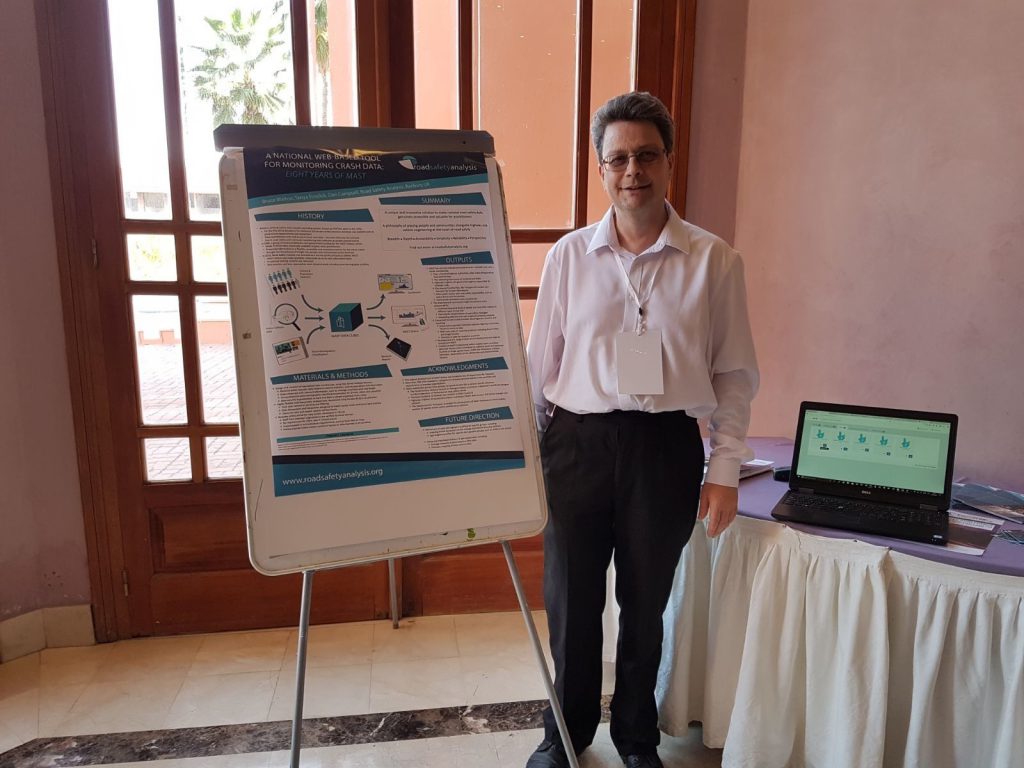 When Bruce demonstrated MAST to attendees at the poster session there were gasps when we demonstrated how we can evidence socio-economic backgrounds and origin of both drivers and casualties. I fear it will take significant changes to see this becoming an international standard but if we can demonstrate how useful this has been to the UK road safety sector it could catch on.

I don’t think I’m being unfair to say that there are few counties that are as advanced as us in making data open and accessible to the public. We have many online resources to help us review collision and casualty information whereas most of the globe have to rely on internal systems.

One good example however was Serbia who do have and interactive map, although there isn’t an English version so navigating it is a bit bit-and-miss for me. The USA are quote good and have maps showing the large number of fatalities on their roads. Spain also use Google Maps API to show locations of cyclists collisions.

The sharing of best-practice and evidence on countermeasures has been given a significant boost recently by the launch of SafetyCube DSS which is the European Road Safety Decision Support System, funded by the EU. The primary objective of the SafetyCube project is to enable policy-makers and stakeholders to select and implement the most appropriate strategies, measures and cost-effective approaches to reduce casualties.

This was demonstrated at several sessions and is very impressive. I was sceptical at first as the selection criteria were quite restrictive but the tool works very well in practice and I have already used it today to evidence a new safety scheme in one of the local authority areas I provide services to. I was also won over by the fact that one of my own research pieces was quoted and used to provide BCR ratios!

It’s encouraging to see the DfT playing a strong leadership role in IRTAD with their Head of Statistics attending the event and providing evidence on the UK’s cutting-edge research in confounding factors that influence annual results. I reviewed the DfT’s work on the link between fatalities and weather condition a couple of years ago and it’s encouraging to see this analysis repeated every year in the annual stats release. There were a few presentations from other countries on the influence of weather but none were as thorough as the DfT’s work. 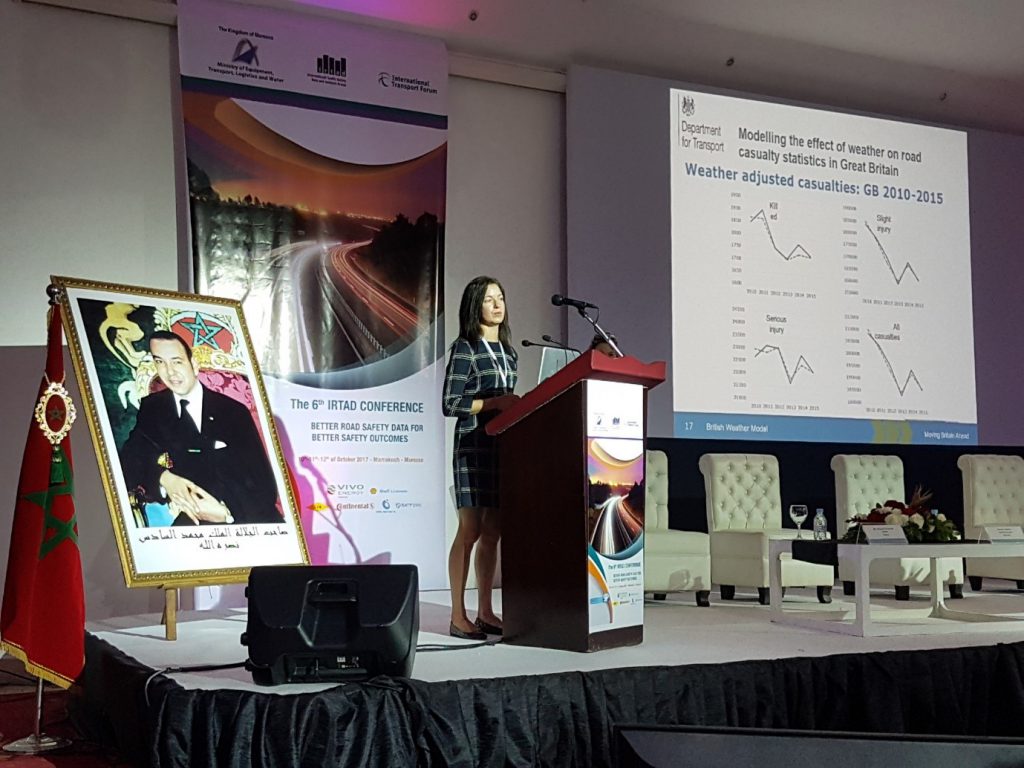 The key theme of scheme evaluation and accounting for other confounding factors such as trend and RTM was mentioned by three UK road safety professionals including Neil Thorpe from Newcastle University who demonstrated the RAPTOR tool that we have been using for the last six months. There was considerable interest and it deserves a lot of attention. If you would like to know more, visit http://roadsafetyanalysis.org/raptor/

My presentation on the effectiveness of average speed cameras was one of several that considered the impact of enforcement, and this is an area that is likely to receive much more attention in the coming years. As gains in vehicle safety and engineering reduce, can improvement in compliance hold the key to getting casualty reduction back on track? Road user behaviours are now in the sights of IRTAD with the declaration mentioning the measurement of speed, seatbelts, helmet wearing, and impairment. 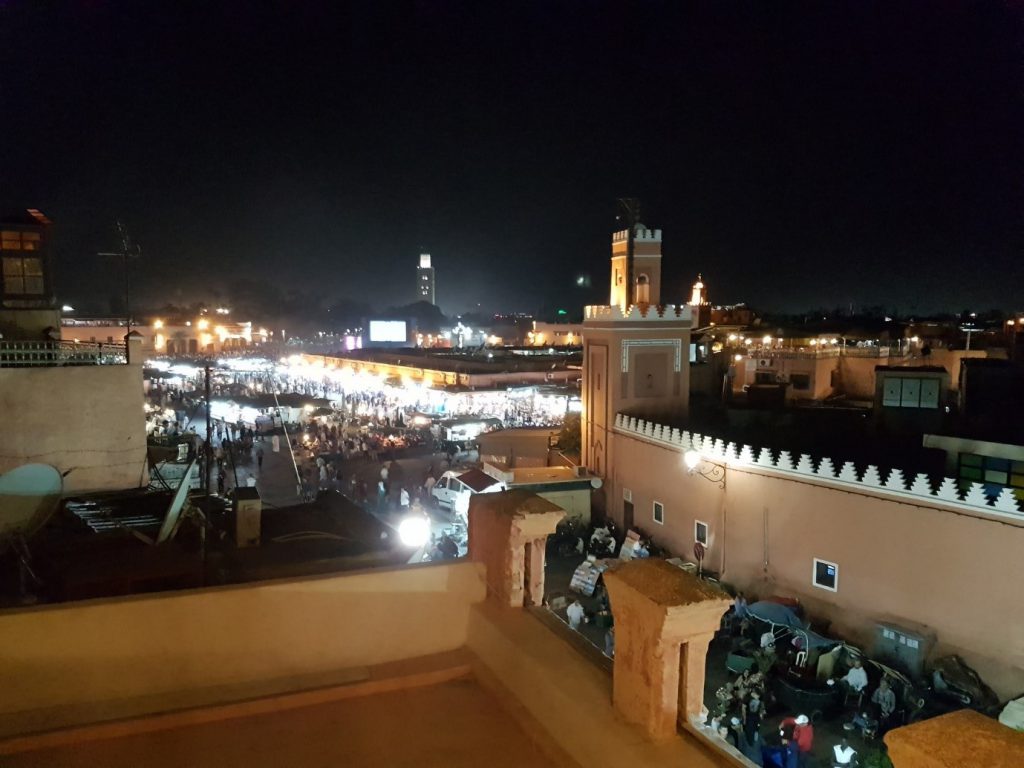